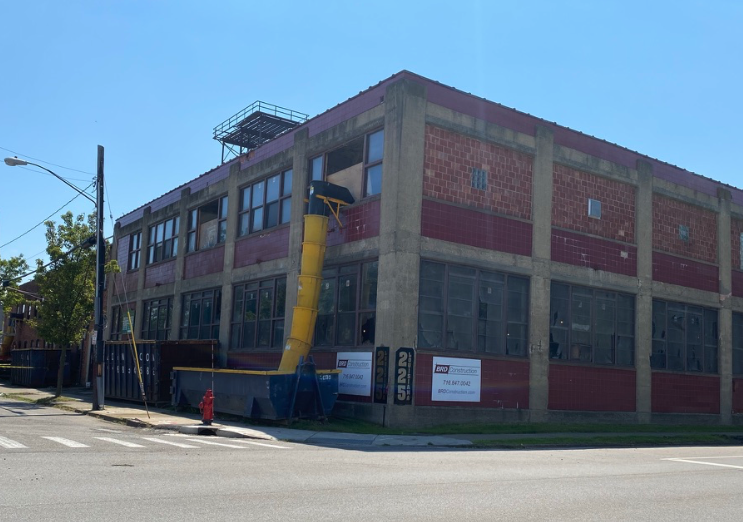 Kujawa added that the grant program aligns with the goals of National Grid’s Project C initiative, which includes collaborating with customers and those within the communities where we live and work to inspire change. As part of its enduring community commitment, National Grid’s Project C was designed to positively impact several areas, including sustainability, neighborhood and community investment and workforce development, which are benefits that commercial developers, municipalities and the community-at-large enjoy as a result of the company’s economic development program.

Most recently the company awarded a $300,000 economic development grant to Central Terminal Restoration Corp., which is moving forward with adaptive re-use plans for the historic, nearly 100-year-old building. In addition, National Grid awarded $20,600 in agribusiness productivity grants to two Western New York farms, which will play key roles in helping them to remain competitive and achieve sustainability goals. The six other recent western New York initiatives and the corresponding economic development grant programs that support them include:

The project: Miami-based Sucro Sourcing has plans to build a full-scale sugar refinery to be located on 12 acres at the former Bethlehem Steel site. Demolition at the site began earlier this year to support the $19 million project, which includes transforming three abandoned buildings into newly refurbished facilities. The new facility would provide low-cost sugar to food and beverage customers in the Great Lakes area. Sucro plans to hire up to 55 people in the next few years.

The Project: From 1896 to 1917 Barcalo Manufacturing made a variety of products including metal bed frames, cribs and tools at its 225 Louisiana St. plant, which closed in the 1960s. Plans for the vacant building, pictured at top and owned by Barcalo Buffalo LLC, include converting it to accommodate a combination of commercial and industrial space, plus 116 residential units.

Because of contamination resulting from a long industrial history at the site that has served as a lumber yard, automotive repair shop and an electroplating facility, Barcalo Buffalo is undertaking a $1.6 million building cleanup and remediation project. A $300,000 National Grid grant will offset costs related to the remediation efforts.

Grant Program: Project funding was provided through National Grid’s Brownfield Redevelopment program, which funds utility-related infrastructure improvements and other costs necessary to progress the redevelopment of a brownfield site or building. 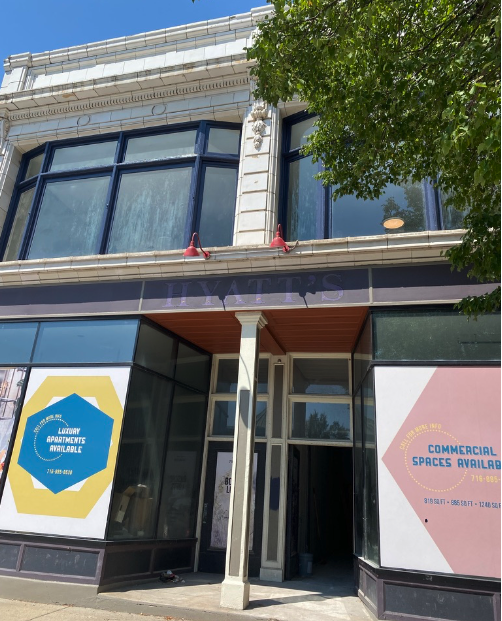 The Project: Greenleaf Properties LLC is transforming the vacant, former Hyatt’s art supplies building, above, which dates to 1905. When complete, the 26,500-square-foot building will be converted into 19 apartments and commercial space. A $100,000 National Grid grant will offset costs related to install and connect new power.

Grant Program: Project funding was provided through National Grid’s Main Street Revitalization program, which is used as part of renewal plans for main streets and commercial corridors in villages, towns and cities within the company’s service territory. 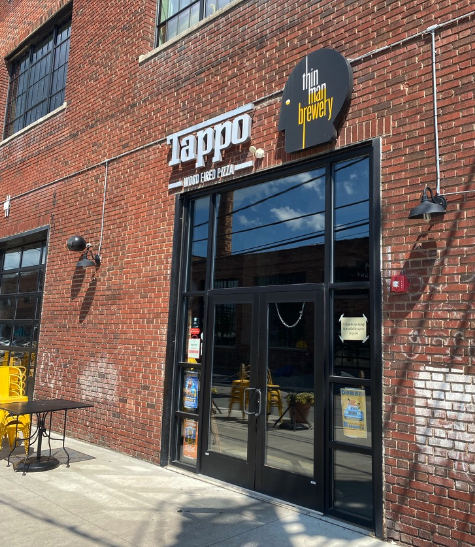 The Project: To meet demand, Thin Man Brewery LLC is planning a $3.5 million expansion that will add 17,000 square feet of space to its 170 Chandler St. facility, above. A $43,800 National Grid grant will offset contractor costs related to the project. The grant is part of National Grid’s Electric Capital Investment Incentive program.

The Project: A $25,000 National Grid Main Street Revitalization grant will offset costs related to a series of initiatives including construction of a new façade and the expansion of the bar and dining areas into the building next door at 401 Main St. The project also includes upgrades to the refrigeration system and kitchen, which will improve productivity.

The Project: Grand Island-based Herb’n Garden Farms is undertaking a multi-phased, $525,000 project that includes construction of a climate-controlled greenhouse, a barn and a new parking lot. These initiatives require a new connection to street-level utilities. A $23,700 National Grid Electric Capital Investment grant will offset costs related to install and connect power from the street to the property.

Since 2003, National Grid’s 18 economic development programs have provided more than $100 million in assistance, helping to create or retain more than 50,000 jobs and supporting almost $10 billion in private and public investment across upstate New York. More information about National Grid’s suite of programs is available at www.shovelready.com.